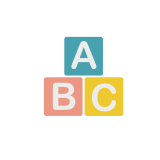 CASP first started operating from Crawford Primary School in Camberwell using the school’s disused dining hall as our first premises collecting children after school from three other local schools. After lobbying Councillors and our local Member of Parliament for a purpose built building we moved to a purpose built centre at 14 Badsworth Road in 1991. Through increased demands for our services we acquired the lease at the Jack Hobbs Centre in Maddock Way, Walworth. In 2003 and after substantial building works we opened in 2004 enabling us to offer our services to John Ruskin Primary School.  However, due to increasing costs of building maintenance, we transferred our services operating from the Jack Hobbs centre to Badsworth Road, on the 29th March 2018.

​CASP is a registered charity and is accountable to a Board of Trustees. Our trustees consist of parents and professional people who attend monthly meetings to make decisions to move the organisation forward.
​
CASP is registered with Ofsted and works in line with the Children Act 2004, it is regularly inspected to ensure that the organisation meets the required national standards. Our latest Ofsted inspection was on 24th March 2017 at Badsworth Road and we were award a GOOD for the EYFS. The standard relate to the organisation’s suitability as carers of children, the safety of premises and facilities, insurance and record keeping.  See our Ofsted Report 2017 reports.ofsted.gov.uk/inspection-reports/find-inspection-report/provider/CARE/107507

We opened our doors again for a new project, which we named the ‘Beanstalk Climbers’ which launched in 2016. Our early years childcare provision provides free early years learning for 2, 3 & 4 year olds in the community. On the 5th September 2019, CASP celebrated its 34th anniversary!